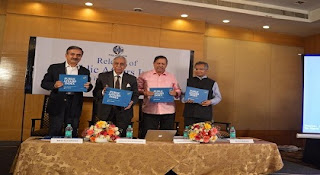 Two South Indian States – Kerala and Tamil Nadu – secured first and second rankings for the second year in a row while poll-bound Gujarat gained two positions rising from five in 2016 to three in 2017 and Bihar stayed at the bottom in public affairs index (PAI) in governance in States.
Former Chief Justice of India M.N. Venkatachaliah released the report in the presence of former Karnataka Lokayukta N. Santosh Hegde, PAC Director G. Gurucharan and former Chief Secretary of Rajasthan C.K. Mathew.
Important Takeaways from above News for SBI PO Mains Exam-
Source- The Hindu
If you have any other takeaways, do share with us in the comment section