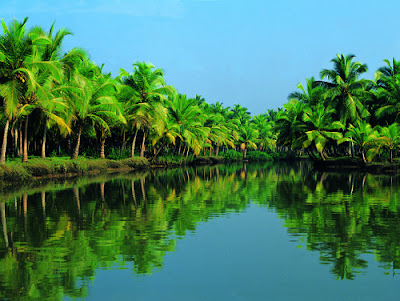 Kerala Tourism won four awards at ‘FilmAT’ which is one of the biggest international film festivals dedicated to tourism, art and ecology in Poland. Three of the honours were given to a single campaign. ‘Responsible Tourism’ initiative started by Kerala Tourism won three awards under categories of the Best Promotional Social Campaign, Protection of Nature, and Eco-Food categories respectively.

The tourism board’s ad film ‘The Great Backwaters of Kerala’ won the ‘Best Editing Award’. This film showcases the lifestyle of people living near and into the backwaters in a picturesque and charming way. The film was created and scripted by Stark Communications and Kerala Tourism’s creative and brand management agency. The director of the film is by highly regarded Malayalam filmmaker Anwar Rasheed. The FilmAT festival is associated with the International Committee of Tourism Film Festivals (CIFFT).

So let’s do:
1. Expand the term CIFFT?
2. Name the state tourism, which has bags four awards at ‘FilmAT’ International Film Festival in Poland?