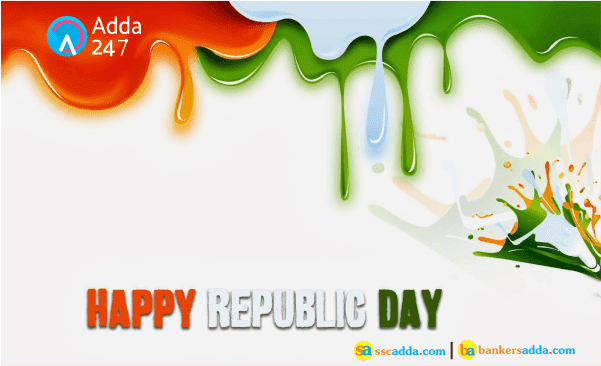 It is well known that the day India acquired a written Constitution and became an independent Republic, is the day celebrated as Republic Day on January 26 every year. As India gears up to celebrate 69 years of being a Republic Country. The points will not only help you in preparation for your exams but it will also improve your awareness about the history of the nation.

Here’s a quick look at some interesting facts about one of the most important events in the country’s history:-
1. January 26 was earlier celebrated as India’s Independence Day or Purna Swaraj Day, when the Declaration of Independence was officially promulgated in 1930.

2. However, in 1947, since August 15 became the official Independence Day, the Indian Constitution was adopted on this day in 1950, to mark the 1930 declaration.

3. The original constitution of India was handwritten by Prem Behari Narain Raizada.


4. The Constituent Assembly met for the first time in New Delhi on 9 December, 1946.

7. India has the longest written Constitution in the world with 448 articles in 22 Parts, 12 Schedules and 97 Amendments.’
8. There are two hand-written copies of the Constitution — in Hindi and in English which are kept in helium-filled cases in the Parliament’s library.
9. The calligraphy inside the book was done by Prem Behari Narain Raizda and published in Dehradun.
10. Indonesia’s President Sukarno was the first chief guest at the R-Day celebrations held on 26 January 1950.
11. On the same day, the first President of India, Dr Rajendra Prasad took oath at Durbar Hall, New Delhi.
12. India adopted the Lion Head from the Ashoka Pillar in Sarnath, on Republic Day in 1950.
×