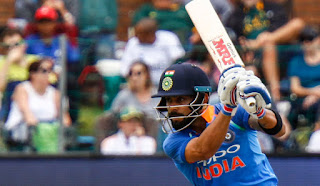 India captain Virat Kohli’s phenomenal batting form has fetched him the BCCI’s best cricketer award for two seasons, while World Cup stars Harmanpreet Kaur and Smriti Mandhana were chosen for the women’s equivalent of the honour, the Board announced.

Following his phenomenal show in the past two seasons, Team India captain Virat Kohli will be presented with the prestigious Polly Umrigar Award for the best international cricketer (2016-17 and 2017-18) at the BCCI Awards to be held in Bengaluru on 12th June 2018.