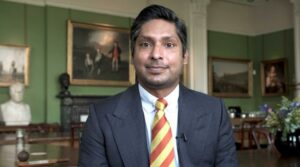 Former Sri Lanka captain Kumar Sangakkara has been named as the next President of Marylebone Cricket Club (MCC), becoming the first non-British President of the club. Sangakkara will take up the post on October 1 and will serve for a period of one year. In 2012, Sangakkara was awarded Honorary Life Membership of the Club.