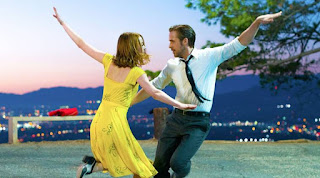 Emma Stone and Ryan Gosling starrer romantic drama La La Land has been chosen as the best film of 2016 by the New York Film Critics Circle. The film, directed by Damien Chazelle, is widely tipped to be an Oscar frontrunner. The top award was the only win for the musical drama where Manchester by the Sea and Moonlight won three trophies each.
Manchester won the best actor award for Casey Affleck, best screenplay for Kenneth Lonergan and best-supporting actress for Michelle Williams, who also was recognised for her work in Certain Women. Barry Jenkins was recognised as the best director for Moonlight, which also won best supporting actor for Mahershala Ali and best cinematography (James Laxton).  The best actress trophy went to Isabelle Huppert for her work in both Elle and Things to Come.
Source- The Indian Express
×