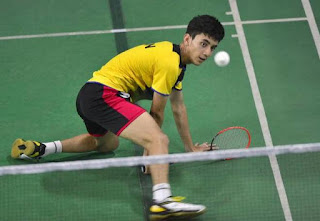 India’s Lakshya Sen has become the World No 1 Junior Badminton player. He achieved the distinction in the latest rankings of the Badminton World Federation (BWF). Fifteen-year-old is the first shuttler from Uttarakhand to attain the numero uno spot at the international level.
Lakshya, who is considered as the shining future star of Indian badminton, moved ahead of Chia Hao Lee of the Chinese Taipei, to attain the top spot. According to BWF current rankings, Lakshya has 16,903 points in eight tournaments he has played in the season. Chia Hao, who is at the second spot, has 16,091 points.
Source- All India Radio (AIR News)
×