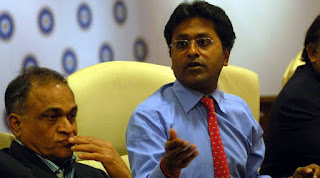 Lalit Modi has resigned as president of the Nagaur District Association, marking an end to his presence in the Rajasthan Cricket Association (RCA), which was banned by the Board of Control for Cricket in India (BCCI) for allowing him in its fold.
The 50-year-old, who left India after being charged with money laundering, sent his resignation to both the RCA as well as BCCI CEO Rahul Johri.