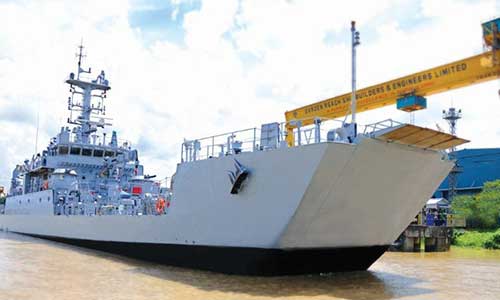 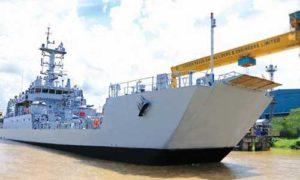 Commissioning the ship, the Vice-Admiral congratulated the GRSE (Garden Reach Shipbuilders and Engineers) for being the first shipyard in the country to have built the 100th warship.