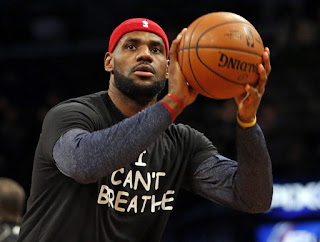 Basketball player LeBron James has been chosen as the Sports Illustrated’s Sportsperson of the Year, becoming the second athlete ever to win the award twice.
James edged out Usain Bolt, Michael Phelps, Premier League champions Leicester City, among others. James had led his team Clevel and Cavaliers to the 2016 NBA(National Basketball Association) title and was named NBA Finals Most Valuable Player (MVP).

So, let’s discuss some questions related to this post:
Q1. Name of the Basketball player has been chosen as the sports illustrated’s sportsperson of the year 2016?
Ans1. Leborn James
Source-The Hindu
×