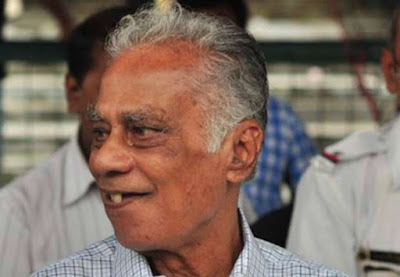 Former India international Amal Dutta, who was also the first professional football coach of the country, passed away in his Kolkata residence. He was 86.  As a coach, Dutta had introduced new formations including the diamond system the 1990s.
Amal Dutta played in midfield for East Bengal in the 1950s. He also represented India in the 1954 Asian Games at Manila. After retirement as a player, his first major assignment was to coach Railways in 1960 for the Santosh trophy. In the early 1960s, he retired from the Indian Railways to become a full-time coach, the first-ever in India.In his long coaching career, he was associated with premier football clubs of India, and also became coach of India.

So let’s do:
1. Name the Legendary football coach, who was passed away in Kolkata, recently?