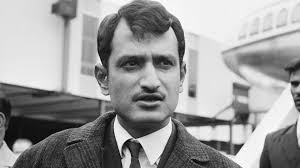 Former India cricket captain Ajit Wadekar, who led the team to path-breaking Test wins in England and the West Indies, passed away after prolonged illness. He was 77.
The aggressive batsman was a trailblazer in Indian cricket despite a mere 37 Test appearances, leading India to triumphs in England and the West Indies in 1971. Wadekar scored 2,113 runs in his Test career, including one hundred, and was also the country’s first ODI captain.


Read This In Hindi
×