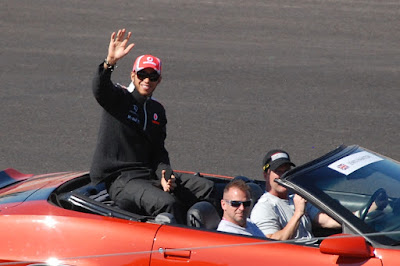 Mercede’s Lewis Hamilton won the Canadian Grand Prix after a tense strategic battle with Sebastian Vettel’s revived Ferrari in the final race held in Montreal, Canada. For Hamilton, the present win in Montreal was the fifth in his career and the second in a row. His previous titles were secured in 2007, 2010, 2012 and 2015.
In the 2016 season, it was the second title for him as he already secured the Monaco Grand Prix on 29 May 2016. Overall, he has more race victories than any other British driver in the history of Formula One and is currently third on the all-time wins list, with 45 wins.

Lewis Hamilton is a British Formula One racing driver from England. He currently races for the Mercedes AMG Petronas team. He is the 2008, 2014 and 2015 Formula One World Champion. In his first season in Formula One, he set numerous records while finishing second in the 2007 Formula One Championship.