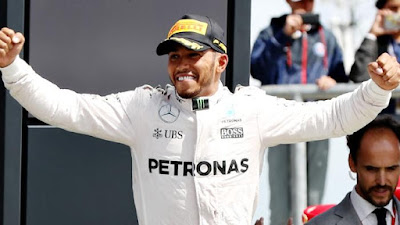 British Grand Prix was the tenth race of the 2016 season and was held at the Silverstone Circuit near the village of Silverstone in Northamptonshire in England. Lewis Carl Davidson Hamilton, MBE is a British Formula One racing driver from England, currently racing for the Mercedes AMG Petronas team. He is the 2008, 2014 and 2015 Formula One World Champion.