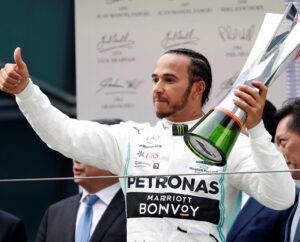 The comfortable win was the 75th of Hamilton’s career, and second in a row. Valtteri Bottas was second for his team’s third one-two finish in as many races this season. Ferrari’s Sebastian Vettel took third place.