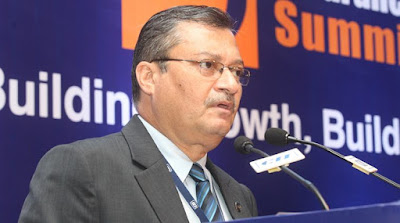 S.K. Roy, the head of state-run Life Insurance Corp (LIC), the biggest single investor in the country, has tendered his resignation two years before his term was due to end. Roy has written to the finance ministry but his resignation is yet to be confirmed. Roy had been with the insurer more than three decades after rising through the ranks to be appointed chairman in 2013.
Roy joined LIC in 1981 as a direct recruit officer. Under his chairmanship, LIC saw rejig in products and had a revamp, with the traditional product guidelines by the regulator leading to almost all of its products in the market. This led to a big drop in new business premium collections for LIC, post which the insurer managed to see a growth in first-year premia by launching new products.
So let’s do:
1. Name the person, who has resigned two years before his term ends?