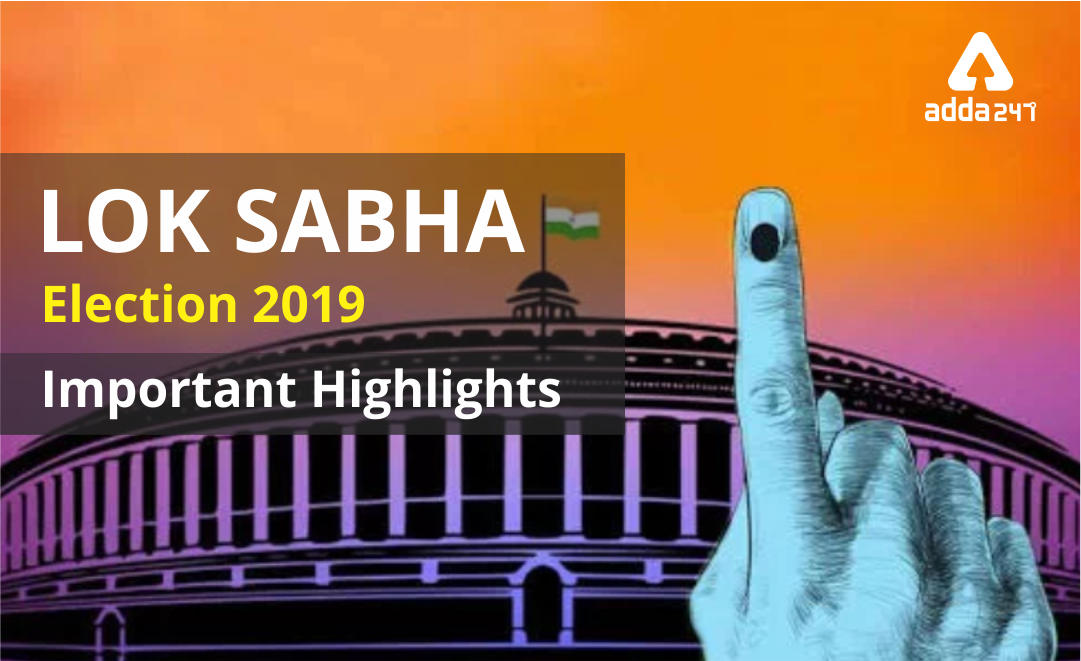 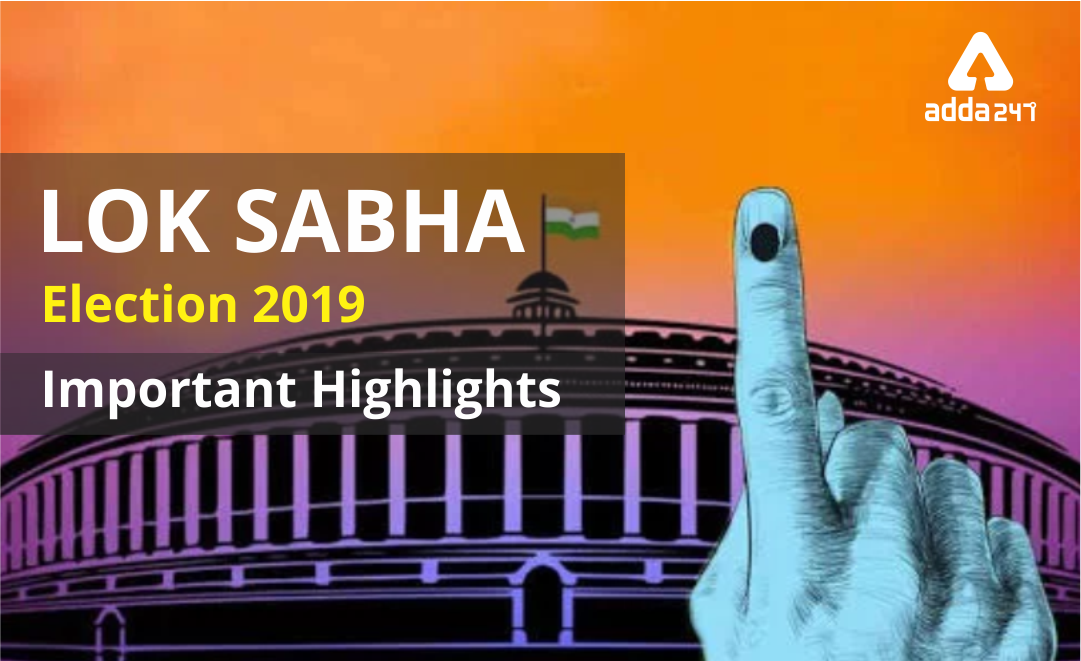 What is Lok Sabha?

The Lok Sabha or House of the People is the lower house of India’s bicameral Parliament, with the upper house being the Rajya Sabha. Members of the Lok Sabha are elected by adult universal suffrage and a first-past-the-post system to represent their respective constituencies, and they hold their seats for five years or until the body is dissolved by the President on the advice of the council of ministers. The house meets in the Lok Sabha Chambers of the Sansad Bhavan in New Delhi.

The maximum strength of the House allotted by the Constitution of India is 552. Currently, the house has 545 seats which are made up by the election of up to 543 elected members and at a maximum, 2 nominated members of the Anglo-Indian Community by the President of India. A total of 131 seats (24.03%) are reserved for representatives of Scheduled Castes (84) and Scheduled Tribes (47). The quorum for the House is 10% of the total membership. The Lok Sabha, unless sooner dissolved, continues to operate for five years from the date appointed for its first meeting. However, while a proclamation of emergency is in operation, this period may be extended by Parliament by law.

An exercise to redraw Lok Sabha constituencies’ boundaries is carried out by the Boundary Delimitation Commission of India every decade based on the Indian census, last of which was conducted in 2011. This exercise earlier also included redistribution of seats among states based on demographic changes but that provision of the mandate of the commission was suspended in 1976 following a constitutional amendment to incentivize the family planning programme which was being implemented. The Lok Sabha has its own television channel, Lok Sabha TV, headquartered within the premises of Parliament.

Members of the 17th Lok Sabha were elected during the 2019 Indian general election. Elections were conducted in 7 phases from 11th April to 19th May 2019 by the Election Commission of India. The election schedule was announced on 10th March 2019, and with it, the Model Code of Conduct came into force. The results of 17th Lok Sabha has officially declared on 23rd May 2019. In Bihar, Uttar Pradesh and West Bengal, the election was held in all seven phases. The polling for the Anantnag constituency in the state of Jammu and Kashmir was held in three phases, the first of its kind, due to violence in the region that had prompted the ECI to cancel a bypoll in 2016, leaving it vacant since then.

About 900 million Indian citizens were eligible to vote in one of the seven phases depending on the region. The 2019 elections attracted a turnout of over 67 percent– the highest ever in the history of Indian general elections, as well the highest recorded participation in Indian elections by women.

BJP led NDA (National Democratic Alliance) is all set to form a new government at the Centre bagging 344 and leading in 7 in the 543 member Lok Sabha elections (Till 10:00 a.m. of 24th May). BJP alone has won an absolute majority and heading for a landslide victory. It has secured 303 seats. The UPA (United Progressive Alliance) has won 89 and leading in 1 while others got 91 and leading in 10. The Indian National Congress (INC) alone has bagged 52 seats.

Senior BJP leader and Prime Minister Narendra Modi has won from Varanasi (UP) by over 4 lakh 79 thousand votes. He has surpassed his previous margin of 3 lakh 71 thousand seven hundred and 84 votes in 2014 parliamentary elections. He defeated SP-BSP-RLD alliance candidate Shalini Yadav who secured one lakh 95 thousand votes.

In Uttar Pradesh, 79 results has been declared and counting is on for 1 seat. BJP bags 62 seats. BJP candidate Sanjeev Kumar Balyan has won the Muzaffarnagar seat defeating RLD candidate Ajit Singh by a margin of over 6500 votes. BJP ally Apna Dal got 2 seats. Bahujan Samaj Party gets 9 seats and leading in Ghosi by over 1 lakh 20 thousand votes. The Samajwadi party secures 5. The third partner of Mahagathbandhan – RLD could not open its account. Congress bagged only one seat that is Rai Bareily. In Uttarakhand, BJP has won all the five seats.

In Delhi, BJP has won all the seven parliamentary seats with overwhelming margins. Party candidate from West Delhi Pravesh Sahib Singh Verma won the seat with a record-breaking margin of 5 lakh 78 thousand 486 votes. Mr. Verma not only broke his own record but also became the candidate who registered the highest victory margin in the city. Cricketer turned politician and BJP’s East Delhi candidate Gautam Gambhir won by over a margin of 3 lakh 91 thousand votes by defeating his nearest Congress rival Arvinder Singh Lovely.

In Punjab, the result of all the 13 Lok Sabha seats has come in. Congress has won eight seats followed by BJP and the Shiromani Akali Dal two each while AAP one. Former Union Minister Manish Tewari of the Congress has won from Anandpur Sahib. The party has also won Amritsar, Faridkot, Fatehgarh Sahib, Jalandhar, Khadoor Sahib, Ludhiana, and Patiala. BJP candidates have won Gurdaspur and Hoshiarpur seat and SAD candidates bagged Bathinda and Firozpur seats. In Amritsar, Union Minister Hardeep Singh Puri of BJP has lost.  BJP candidate and actor Sunny Deol has won Gurdaspur seat and Bhagwant Mann of the Aam Admi Party secured Sangrur seat.

In Haryana, the BJP has registered major victory as it has won all 10 Lok Sabha seats of the state. Union Minister Rao Inderjit Singh has retained Gurgaon,  seat defeating his Congress rival Capt. Ajay Singh by a huge margin of nearly 4 lakh votes. In Hisar, Brijendra Singh has registered a huge win by securing over  3 lakh votes. Sanjay Bhatia has bagged Karnal seat by a huge margin of over 6 and half lakh votes. Nayab Singh has been declared a winner in Kurukshetra.  Sunita Duggal bagged Sirsa seat. Other prominent winners are  Ramesh Chander Kaushik in Sonipat, Ratan Lal Kataria in Ambala, Dharambir Singh in Bhiwani-Mahendragarh, Krishan Pal in Faridabad and Arvind Kumar Sharma in Rohtak. In Chandigarh, Kirron Kher has defeated Congress candidate Pawan Kumar Bansal.

In Himachal Pradesh also the ruling BJP has won all the 4 Lok Sabha seats. Anurag Thakur has won in Hamirpur, Suresh Kumar Kashyap in Shimla, Ram Swaroop Sharma in Mandi and Kishan Kapoor in Kangra.

In Gujarat, BJP is heading towards a clean sweep once again. It has already bagged 24 seats so far and leading in Ahmedabad West and Junagadh constituencies out of a total of 26 seats. BJP President Amit Shah has won Gandhinagar seat by a huge margin of over 5 lakh 57 thousand votes.

In Maharashtra, out of 47 results have been declared so far and counting is in progress in one constituency. Out of this BJP gets 23 seats and its ally Shivsena 17. NCP has bagged 4 seats while Congress and All India Majlis-e-Ittehadul Muslimeen get one seat each. Amravati seat has gone in favour of an independent candidate. Union Minister Nitin Gadkari retains Nagpur seat. Daughter of NCP chief Sharad Pawar, Supriya Sule bags Baramati. Congress state unit Chief and Former Chief Minister of Maharastra Ashok Chavan has lost in Nanded while party candidate and film actor Urmila Matondkar was defeated in Mumbai North. In Goa, both BJP and Congress have bagged one seat each while Union Minister of state Shripad Naik has won North Goa seat, Congress leader Francisco Sardinha gets South Goa seat. In West Bengal, all the 42 results have come in. Out of this Trinamool Congress has bagged 22, BJP 18, and Congress 2. In Odisha, nine results out of 21 seats have been declared so far. While Biju Janata Dal has bagged 5 seats, BJP gets 3 and Congress in one.

In Rajasthan, out of 25 seats, BJP has won 24 while its ally Rashtriya Loktantrik Party one. Union Minister Col. Rajyawardhan Rathore of BJP retains Jaipur Rural, by a margin of nearly 4 lakh votes. Son of former CM Vasundhara Raje and Sitting MP Dushyant Singh of BJP retains Jhalawar Baran. In Gujarat, BJP has won 22 seats and leading in 4 out of 26 Parliamentary constituencies of the state. Party President Amit Shah has won Gandhinagar seat by over a margin of 5 lakh 57 thousand votes.

In Maharashtra, all the 48 results have been declared. Out of this BJP gets 23 seats and its ally Shivsena 18. NCP has bagged 4 seats while Congress and All India Majlis-e-Ittehadul Muslimeen get one seat each. Amravati seat has gone in favour of an independent candidate. Union Minister Nitin Gadkari retains Nagpur seat. Daughter of NCP chief Sharad Pawar, Supriya Sule bags Baramati. Congress state unit Chief and Former Chief Minister of Maharastra Ashok Chavan has lost in Nanded while party candidate and film actor Urmila Matondkar was defeated in Mumbai North. In Goa, both BJP and Congress have bagged one seat each while Union Minister of state Shripad Naik has won North Goa seat, Congress leader Francisco Sardinha gets South Goa seat.

In Andhra Pradesh, YSR Congress has clean sweeped, winning 21 out of 25 parliamentary seats. It is leading in Aruku where the result is yet to be declared. Telugu Desam Party (TDP) has won 3 seats Guntur, Srikakulam, and Vijayawada.

In Telangana, the result has been declared for all the 17 seats. TRS has won 9 seats. BJP has won 4 seats. Congress has won 3 seats. AIMIM candidate Asaduddin Owaisi has won from Hyderabad.

In Kerala, results have been declared for all 20 seats. The Congress-led UDF got the comfortable victory with Congress won 15 seats. Congress President Rahul Gandhi has won from Wayanad constituency by securing a margin of over 4 lakhs 31 thousand votes over CPI candidate P.P.Suneer. IUML has won 2 seats. Kerala Congress(M), RSP and CPM have won in one seat each. UDF candidate in Thiruvananthapuram Shashi Tharoor has won over ninety-nine thousand votes defeating NDA Kummanam Rajashekaran. Union Minister Alphons Kannanthanam lost in Ernakulam.

In Tamil Nadu, the DMK-led UPA has made a clean sweeped with bagging all the 38 Lok Sabha seats. Election to the Vellore seat was canceled due to excess use of the money during the campaign period. The DMK has won in all the 23 seats it has contested and its coalition partners including two seats each for Left parties. VCK and IUML have won one seat each. Congress has won eight seats and AIADMK one. With the win, the DMK has emerged as one of the leading opposition parties in the Parliament.

In Assam, all the 14 results have been declared. BJP has won nine seats and Congress three. All India United Democratic Front and an Independent have bagged one each. In Arunachal Pradesh, BJP  has bagged Arunachal East seat. Party candidate and Union Minister Kiren Rijiju is leading in Arunachal West by margin of over one lakh 57 thousand votes. In Manipur, BJP  candidate Dr. Rajkumar Ranjan Singh has won from Inner Manipur Lok Sabha seat while  Naga People’s Front candidate Lorho S.P froze has won Outer Manipur seat.

In Meghalaya, Congress candidate Vincent H. Pala has won by a margin of 1,52,000 votes.  Agatha K. Sangma of National People’s Party has defeated Mukul Sangma of Congress by margin more than  64 thousand votes. In Mizoram constituency, C Lalrosanga of Mizo National Front has won by margin of more than 8,000 votes. He defeated Independent candidate Lalnghinglova Hmar.