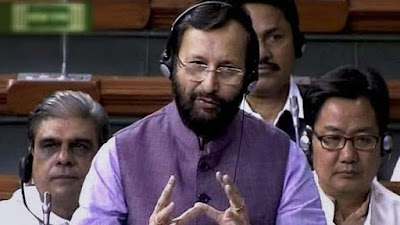 The Lok Sabha has passed the Institutes of Technology (Amendment) Bill, 2016. The Bill seeks to set up six new Indian Institutes of Technology (IITs) in Tirupati, Palakkad, Goa, Dharwad, Bhilai, and Jammu. It also seeks to bring the Indian School of Mines, Dhanbad within the ambit of the Act. All these institutions will be declared as institutions of national importance.
According to Human Resource Development Minister Prakash Javadekar, the government is focusing on providing quality education to all. He said, to improve the infrastructure and research facilities in the institutes, the government has formed High Education Financial Agency. Earlier, initiating the debate, Gourav Gogoi of Congress emphasized the need of paying more attention on the quality of education and research.

So let’s do:
1. Name the bill, which has passed in Lok Sabha, recently?