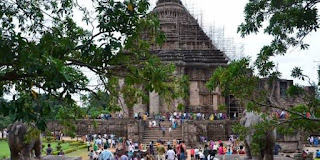 Scientists from Indian Institute of Technology (Kharagpur) claimed to have found evidence confirming the existence of a mythical Indian river, Chandrabhaga. This is the second among such findings. In October 2016, KS Valdiya led expert committee had found that Saraswati River did exist. The IIT study aimed to verify this myth.
Source – The Hindu
×