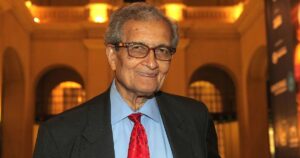 The London School of Economics and Political Science (LSE) has announced the creation of the Amartya Sen Chair in Inequality Studies, named in honour of the India-born economist, philosopher, and Nobel laureate, who was Professor of Economics at LSE from 1971-82.

Called the “Amartya Sen Chair in Inequality Studies,” its holder will also serve as Director of the LSE International Inequalities Institute, which facilitates interdisciplinary work on subjects related to inequality.