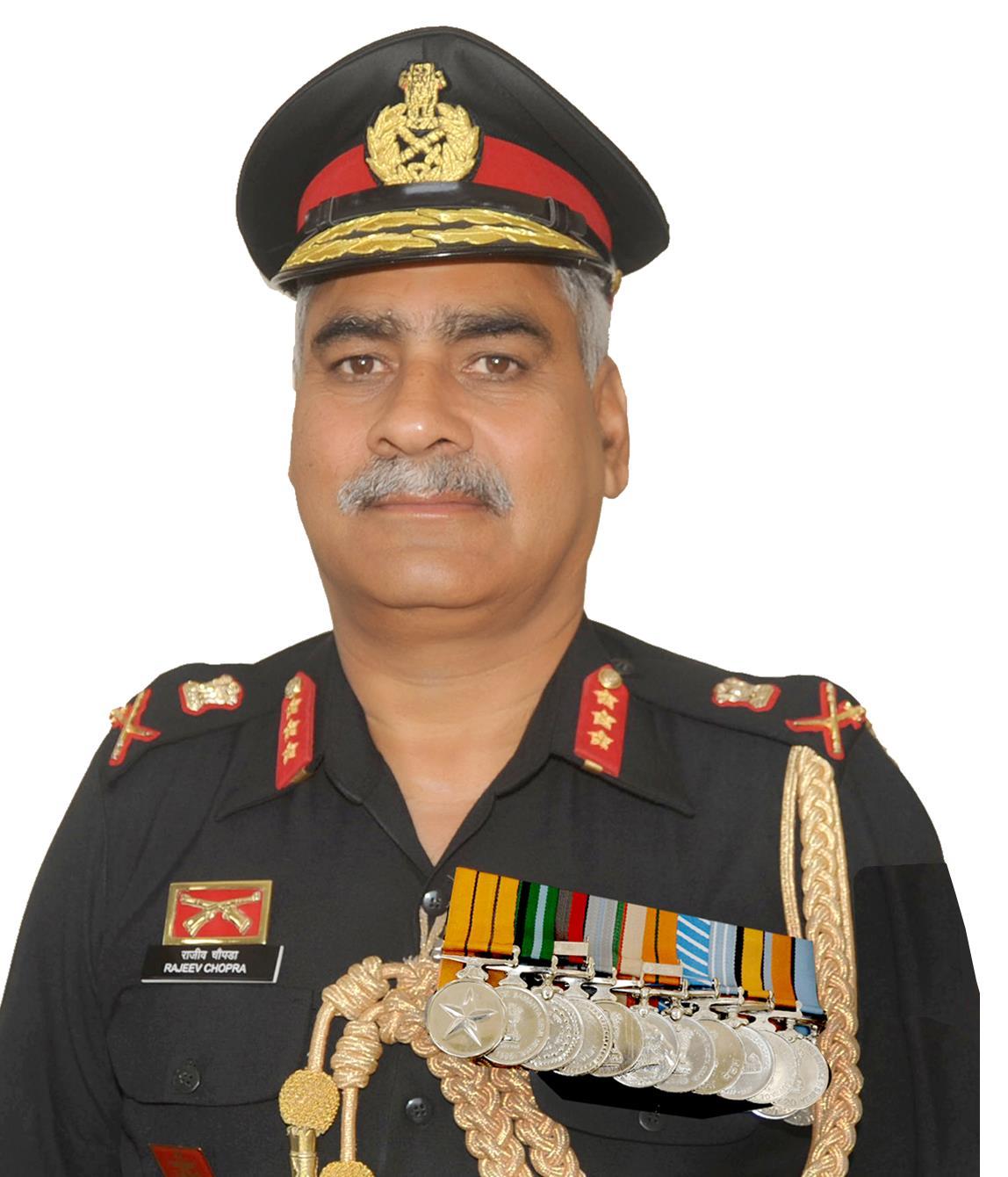 Lt Gen Rajeev Chopra has commanded an infantry battalion in Operation Rhino (Assam). He has commanded a Brigade in Eastern Command and was Inspector General of HQ IGAR (South) in the insurgency-torn state of Manipur. He has been awarded Ati Vishisht Seva Medal for his distinguished service in January 2018.