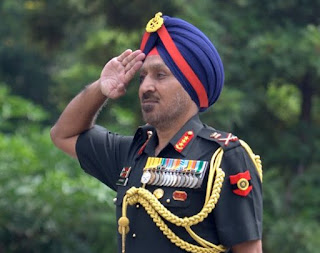 Lt Gen was commissioned in 1979 into the Second Battalion, The Brigade of the Guards, an elite Infantry regiment. In his illustrious career, the General has held prestigious commands, staff and instructional posts. He is a graduate of the British Army Command Staff College, Army War College and the National Defence College.

So let’s discuss some questions related to this post:
1. Name the person, who has taken over as General Officer Commanding-in-Chief, Western Command?