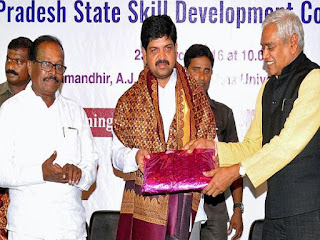 About AMRUT:
The scheme was launched by Prime Minister Narendra Modi in June 2015 with the focus of the urban renewal projects is to establish the infrastructure that could ensure adequate robust sewerage networks and water supply for urban transformation. The scheme Housing for All by 2022 and scheme is dependent on public-private partnership model(PPP) model.

So let’s do:
1. Expand the term AMRUT?
2. Union Urban Development Ministry has sanctioned _________ for the development of Machilipatnam town under the Atal Mission for Rejuvenation and Urban Transformation (AMRUT) scheme.