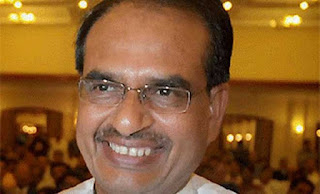 The Madhya Pradesh Assembly has passed the Goods and Service Tax (GST) Constitution Amendment Bill. MP became the seventh state in the country to ratify the historic tax amendment bill. Before Madhya Pradesh, Gujarat, Bihar, Jharkhand, Assam, Himachal Pradesh and Chhattisgarh have already passed the bill in their respective assemblies.
The Assembly convened a special session today for consideration of the bill, with no other businesses scheduled in the house.The special session is in continuation of the monsoon session of the assembly, which was not prorogued. Passed by parliament on 3rd August, the historic tax reform bill will introduce a nationwide indirect tax on manufacture, sale and consumption of goods and services. The bill has been passed with an aim to make India a common market in terms of uniform tax treatment of trade and commerce across states.

So let’s do:
1. Name the seventh state, which has passed Goods and Service Tax (GST) Constitution Amendment Bill?