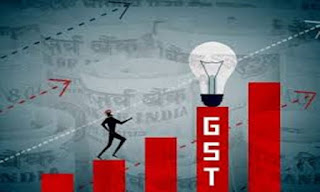 The Madhya Pradesh Assembly has passed the Goods and Service Tax (GST) Constitution Amendment Bill. MP became the seventh state in the country to ratify the historic tax amendment bill.
Before Madhya Pradesh, Gujarat, Bihar, Jharkhand, Assam, Himachal Pradesh and Chhattisgarh have already passed the bill in their respective assemblies. The bill has been passed with an aim to make India a common market in terms of the uniform tax treatment of trade and commerce across states.

So let’s discuss some questions related to this post:
1. Expand the term GST?
Source – The Hindu