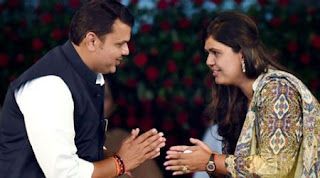 This relaunched initiative is a mix of “Sukanya” scheme that was implemented in February 2014 and Centre’s “Beti Bachao, Beti Padhao” scheme implemented the same year. Minister Pankaja Munde, who was divested of Water Conservation portfolio in the recent cabinet reshuffle, has focused her attention on the scheme and plans to implement it on a mission mode across the state, for which she had enlisted the support of her cabinet colleagues and guardian ministers.
So let’s do:
1. Name the state, which has relaunched scheme “Majhi Kanya Bhagyashri” to improve girl child ratio?