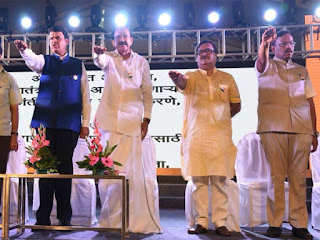 On the 75th anniversary of the ‘Quit India’ Movement the Government of Maharashtra has launched the Quit India Movement 2 against various social ills, in the presence of Maharashtra Chief Minister, Devendra Fadnavis and Union Minister M Venkaiah Naidu.
The launch took place at the historic August Kranti Maidan in Mumbai, from where Mahatma Gandhi had given the clarion call of Quit India in 1942. Naidu said the country must make illiteracy, discrimination, disunity, disharmony, terrorism and anti-nationalism quit India so as to take the country from ‘Swaraj’ (Independence) to ‘Su-raj’ (good governance).

So let’s do:
1. Name the state, which has launched ‘Quit India’ movement’ gainst various social ills?