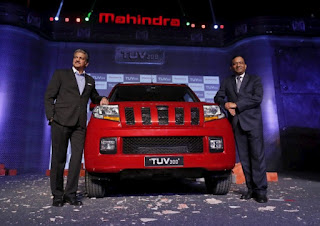 Mahindra and Mahindra appointed Pawan Goenka as Managing Director (MD) and Anand Mahindra was redesignated as  executive chairman. Goenka joined Mahindra as general manager, R&D in 1993. He was elevated as president of the automotive division in 2005, head of automotive and farm equipment vertical in 2010 and as executive director on the board in 2013.
Source – The Hindu
×