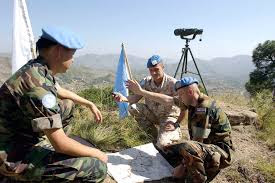 Per Lodin, Major General of Sweden, was appointed as the Head of the UN Military Observer Group in India and Pakistan (UNMOGIP).  Lodin’s appointment was approved by United Nations Secretary-General Ban Ki-moon. Major General Lodin succeeds Major General Delali Johnson Sakyi of Ghana, who will complete his two-year assignment as Chief Military Observer and Head of UNMOGIP on 2 July 2016.

Lodin is currently the head of Strategic Material Management at Forsvarets materielverk (FMV), the Swedish Defence Ministry’s procurement and logistics arm. He had earlier served as the head of the task force centre of Kosovo Force (KFOR), the multi-national peacekeeping mission led by NATO in 2006-2007. He began his military career in the Swedish Army in 1978.

So let’s do:
1. Who is appointed as the Head of the UN Military Observer Group in India and Pakistan (UNMOGIP)?