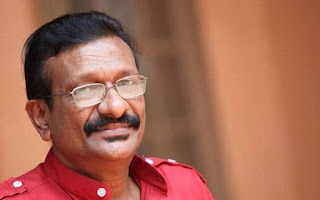 Malayalam filmmaker-scriptwriter TA Razaq passed away in Kochi. He was 58. Razaq was undergoing treatment related to liver-related ailment at a private hospital, where he breathed his last.
Razzaq’s film career began in the late 1980s, when he started work as an assistant director on the film Dhwani. As a scriptwriter his notable films include Kanakinavu, Ghazal, Perumazhakalam, Aayirathil Oruvan and Thalolam. Kanakinavu went on to win a National Award. Later Razzaq made his mark while contributing to areas including script, story, and dialogue for nearly 30 Malayalam movies.
So let’s do:
1. Name the Malayalam filmmaker, who has passed away recently?