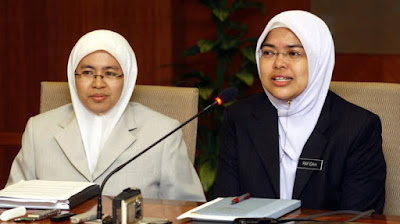 Two women have been appointed as judges of Malaysia’s Islamic Shariah High Court for the first time in the history of the judiciary of the Muslim-majority country. Noor Huda Roslan, 40, and Nenney Shuhaidah Shamsuddin, 41, received their official letters of appointment from Selangors Sultan Sharafuddin Idris Shah during a ceremony at the Istana Bukit Kayangan.
Malaysia had ratified the UN Convention on the Elimination of All Forms of Discrimination Against Women and the appointments were in line with empowering women. Shariah High Court, also known as Syriah High Court, refers to Sharia law in Islamic religious law and deals with exclusively Islamic laws, having jurisdiction upon every Muslim in Malaysia.

So let’s do:
1. Name the country, which has been appointed 2 women HC judges?