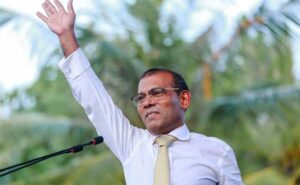 The former Maldives president Mohamed Nasheed has been nominated as the country’s parliamentary speaker. Nasheed was unanimously chosen to head the People’s Majlis, or the parliament, by his Maldivian Democratic Party (MDP) which won a near three-quarter majority in the 87-member assembly in April.