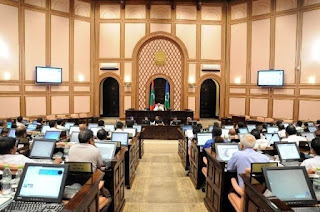 The Maldives Parliament has approved the anti-defection bill with retrospective effect amidst the boycott by opposition MPs. According to the bill, MPs elected on political party tickets will lose their seat if they leave their party, get expelled, or switch parties.

The bill would take effect from 13th July 2017, meaning that the 12 MPs that switched to the Opposition last year would lose their seats. The bill was passed with 35 votes as opposition MPs continued to boycott the settings.