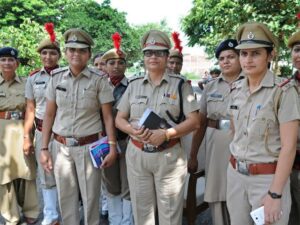 Mangaluru City Police has launched an all-women police patrol unit ‘Rani Abbakka Force’. The force will cover the malls, beaches, educational institutions, places of religious importance, and the public transport system and handle issues related to eve-teasing and chain-snatching, among others.

All-women police patrol force has been named after the 16th-century warrior of coastal Karnataka, Queen Abbakka of Ullal near Mangaluru, who fought the Portuguese in the 16th century.