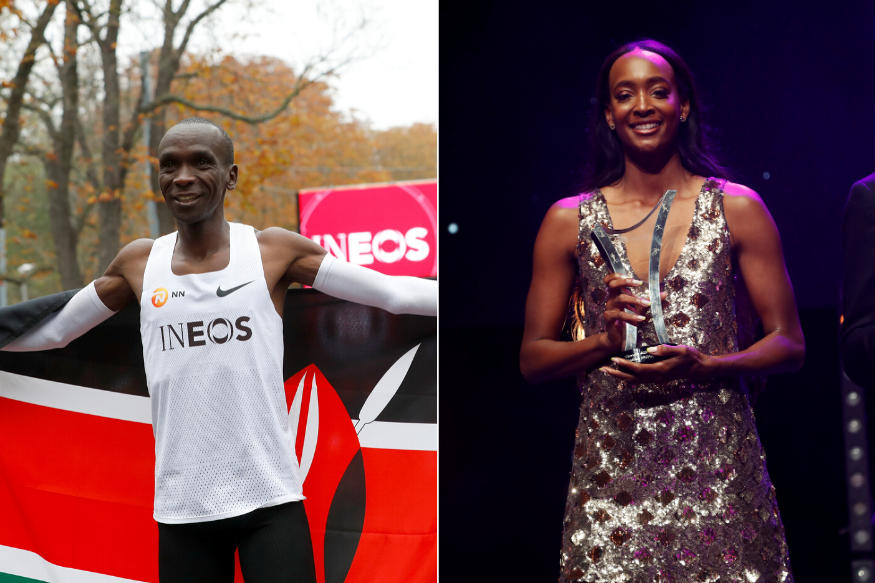 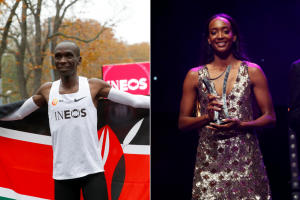 Eliud Kipchoge, the first man to run a marathon in less than two hours, and 400 metres hurdles world champion Dalilah Muhammad won the World Athlete of the Year awards.

Kipchoge, claimed governing body World Athletics’ year-ending prize in Monaco after making history last month when he ran the marathon distance of 42.195 kilometres (26.219 miles) in 1hr 59min 40.2sec. American Muhammad won her award after a magnificent year that saw her set a world record of 52.20 seconds at the US Trials in Iowa in July breaking a record that had stood since 2003.