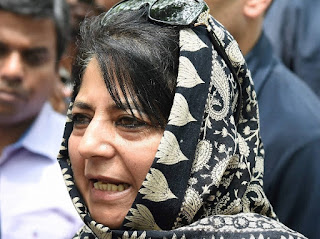 Chief Minister, Mehbooba Mufti has formally launched the Ujala Scheme in Jammu and Kashmir with the distribution of LED bulbs. The National LED programme was launched by the Prime Minister in January 2015 with a target of replacing 77 crore incandescent lamps with LED bulbs. UJALA is successfully running across various states in the country.
UJALA, an acronym for Unnat Jyoti by Affordable LEDs for All, is a scheme for registered domestic electricity consumers to be implemented by Jammu and Kashmir Power Development Department in collaboration with Energy Efficiency Services Limited (EESL).  This scheme is introduced to benefit the consumers and save their day to day energy bill. Under this scheme consumer can buy 5 LED bulbs at the rate of Rs 20 each on production of photostat copy of photo identity card and latest electricity bill. In case of purchase of more than five bulbs, consumers need to pay Rs 95 per bulb.
So let’s do:
1. Name the state, which has launched UJALA scheme?