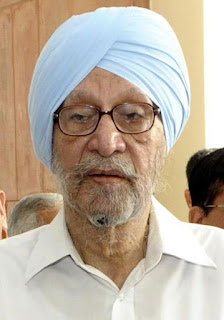 Padma Shri awardee Punjabi writer Gurdial Singh, 83, breathed his last after a prolonged illness in Bathinda. Singh had been on ventilator support since August 13 after he had fell unconscious at his residence in Jaitu town of Faridkot district.
An author of many memorable novels in which he exploited his local Malwai dialect to full advantage, his 1976 novel ‘Anhey Ghore Da Daan’ was made into a feature film by Gurvinder Singh; something for which the younger generation and a wider audience know him today. The film won four national awards, besides the Golden Peacock Award at the International Film Festival of India and the Black Pearl Trophy at the Abu Dhabi film festival.

So let’s do:
1. Name the Punjabi writer, who has passed passed away recently?