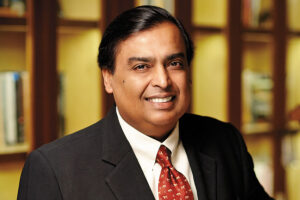 The Time 100 Most Influential People 2019 list has been released, naming the world’s most influential pioneers, leaders, titans, artists, and icons of the year. Reliance Industries Chairman Mukesh Ambani and public-interest litigators Arundhati Katju and Menaka Guruswamy, who spearheaded a historic legal battle for LGBTQ rights in India, are the Indian names that appeared in the list.