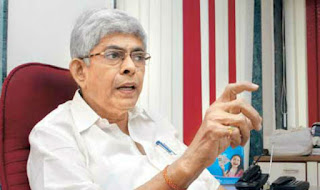 Veteran trade union leader Sharad Rao passed away in Mumbai. He was 78. Rao is acknowledged for his role in mobilising the work force in both the organised and unorganised sectors.
In 2000, Rao led BMC workers in a major strike over festival bonuses, disrupting essential civic services, including hospitals and public transport. After his union members dared to shut water supply to the city for two days, the high court stepped in and threatened to have the army take over the city administration.

So let’s do:
1. Name the Mumbai trade Union leader, who has passed away recently?