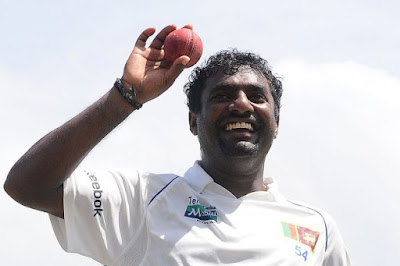 Muttiah Muralitharan along with Karen Rolton, Arthur Morris and George Lohmann will be inducted into the ICC Hall of Fame, the cricket governing body announced on Wednesday (July 27). The legendary offspinner is set to become the first Sri Lankan player to be inducted.
Rolton, the former Australia women’s captain, represented her country in 14 Tests and 141 One-Day Internationals to end with 1,002 and 4,814 runs respectively. Morris, who represented Australia from 1946 to 1955, played 46 Tests to end with 3,533 runs at an average of 46.48 with 12 centuries to his name. Lohmann, the former England pacer, played just 18 Tests in a career that spanned close to a decade but picked up 112 wickets at an astonishing average of 10.75 with five ten-wicket hauls.