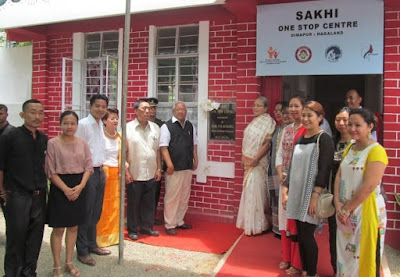 Governor of Nagaland and Assam P B Acharya has launched women helpline – 181 in the premises of District Hospital Dimapur in Nagaland and also inaugurated Sakhi, a one stop Centre, intended to support women affected by violence both in private and public spaces under one roof.

Addressing the gathering, Acharya reminded society that women were marching ahead in every field and he also highlighted the multiple roles played by women as homemakers, guardians of children and the hard work put in by them in every field.  sometimes women are taken for granted and not looked at as human beings due to greed for money and entertainment and we should change this mindset with all seriousness.
So let’s do:
1. Name the state, which has launched women helpline – 181?
Source – The Hindu