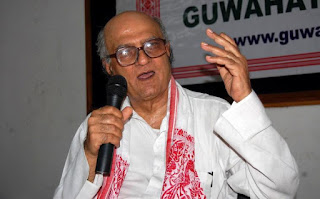 Eminent Gandhian Natwar Thakkar, popularly known as Nagaland’s Gandhi, died in a private hospital after a brief illness. He was 86. Mr. Thakkar, a Padma Shri awardee, had founded the Nagaland Gandhi Ashram at Chuchuyimlang.
His efforts to spread Gandhian philosophy and peace had earned him the sobriquet ‘Nagaland’s Gandhi’. He was from Maharashtra and had made Nagaland his home ever since he had arrived in the State in 1955.