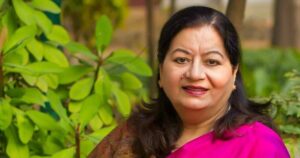 Akhtar is the head of the Department of Training and Capacity Building in Education at the National Institute of Educational Planning and Administration in New Delhi. She has been appointed Jamia vice chancellor for five years.