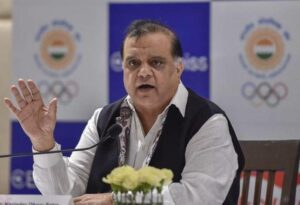 Indian Olympic Association president Narinder Batra has been elected as a member of the International Olympic Committee. He secured 58 votes out of 62.

Narinder Batra now has a rare distinction of becoming a member of the IOC, while heading a National Olympic Committee as well as an international federation. He is the first Indian to have this distinction.