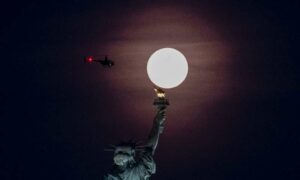 NASA unveiled the calendar for the “Artemis” program that will return astronauts to the Moon for the first time in half a century, including eight scheduled launches and a mini-station in lunar orbit by 2024. The original lunar missions were named for Apollo – Artemis was his twin sister in Greek mythology, and the goddess of hunting, wilderness, and the Moon.

Administrator Jim Bridenstine confirmed that Artemis 1 will be an uncrewed mission around the Moon planned for 2020. Next will come Artemis 2, which will orbit Earth’s satellite with a crew around 2022; followed finally by Artemis 3 that will put astronauts on lunar soil in 2024, including the first woman.