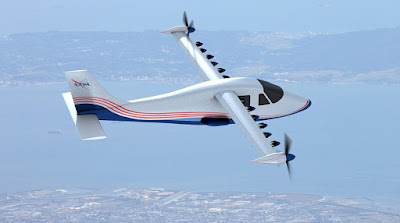 The National Aeronautics and Space Administration (NASA) unveiled the iconic X-57 Hybrid Electric Research Plane nicknamed as Maxwell. The plane is fixed with 14 electric motors turning propellers and all of them are integrated into a uniquely-designed wing. NASA will use this plane to test new propulsion technology. Propulsion means to push forward or drive an object forward. A propulsion system is a machine that produces thrust to push an object forward.
The airplane is named after James Clerk Maxwell, the 19th-century Scottish physicist who did groundbreaking work in electromagnetism.The artist’s concept of the X-57 shows the plane’s specially designed wing and 14 electric motors. NASA Aeronautics researchers will use the Maxwell to demonstrate that how electric propulsion can make planes quieter, more efficient and more environmentally friendly.

So let’s do:
1. Name the space agency, which has unveiled the iconic X-57 Hybrid Electric Research Plane nicknamed as Maxwell?