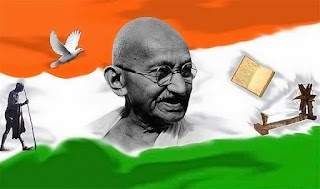 The nation pays homage to Father of the Nation, Mahatma Gandhi on his 148th birth anniversary on 02nd October 2017. An all-religion prayer was also organised at Rajghat. A series of functions are planned to mark the occasion.
Mahatma Gandhi was born on 02nd October 1869 in Porbunder, a small town in Gujarat. He studied law in U.K and practiced law in South Africa. In his autobiography “My experiments with Truth” Gandhiji read his childhood and teenage years, his marriage with Kasturba at the age of 13 and a pure devotion to his country.
Source- The Economic Times