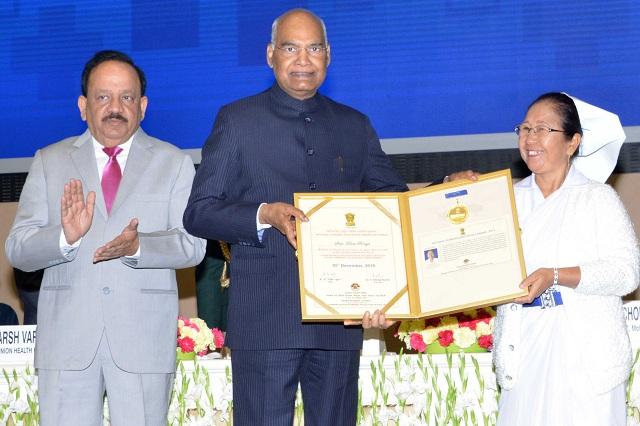 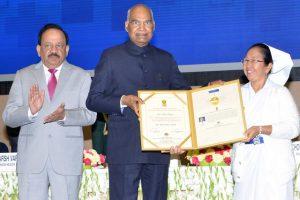 President of India conferred 36 awardees with the National Florence Nightingale Awards 2019 at an event in Vigyan Bhawan, New Delhi. The award was given to Late Lini Sajeesh from Kozhikode, Kerala, who died while on duty caring for a Nipah (NiV) virus-infected patient in Kerala. The award was received by her spouse Sajeesh. Other 35 awardees were Auxiliary Nurse Midwives (ANMs), Lady Health Visitors (LHVs), and nurses from different states and Union Territories (UT).

The Nurses were awarded for their enthusiasm and compassion towards their work in community health centres and hospitals and also their involvement in national health programmes like eradication of polio, malaria and HIV/AIDS.