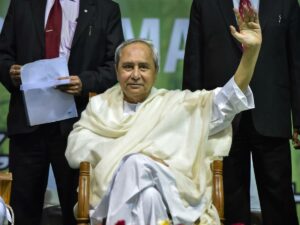 Odisha’s ruling Biju Janata Dal (BJD) headed by incumbent Chief Minister Naveen Patnaik is all set to form a government for a fifth consecutive term. The new Cabinet is likely to be sworn-in on 27th May.

The final Election Commission (EC) tally shows that the BJD won 112 of the 146 Assembly seats for which elections were held. The Bharatiya Janata Party (BJP) bagged 23, the Congress nine, the CPI(M) one and a solitary Independent was also elected.

1. Bhubaneswar is the capital city of Odisha.
2. Professor Ganeshi Lal is the present Governor of Odisha.
3. Utkal Divas or Odisha Day falls every year on 01st April.