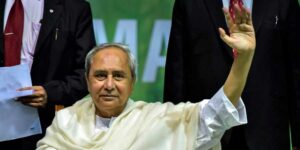 Naveen Patnaik took oath as the Chief Minister of Odisha for the fifth time after a decisive victory in the state elections that were held along with national elections. The 72-year-old is the longest-serving chief minister of the coastal state.

Odisha Governor Prof. Ganeshi Lal administered the oath of office and secrecy to Mr. Patnaik and his twenty councils of ministers. The council of ministers comprises 11 cabinet and nine state rank ministers.